The French gay vampire film Suckers now has a sequel, known as Blood Brothers (the Suckers Chronicles, and also Suckers 2). Two of the scenes from Suckers 2 can be streamed on Young Bastards, or the whole video with 4 scenes can be watched online on tla.

These two scenes do sound amazing, and I’m looking forward to getting a copy of the whole movie soon for a proper review. Unlike other recent gay vampire adult films, the Suckers series has fully embraced the vampires, fangs and all. Like the first, the sequel features feedings, plenty of dirty French sex, and a wayward slayer who is stopped by the vampires.

Gabriel Phoenix is a vampire and he loves the taste of blood and virgin asses of his young sex slaves desperate to satisfy any of his whims. Angered by the vampire coming out of his brother Tiron (Jordan Fox in the film SUCKERS) he will take all the risks to quench his thirst for blood with Count Sodomus (Thiago Monte). But beware, Hunter (Doryann Marguet) is on the hunt and the final fight is likely to be tough for our vampire when he is confronted with the hunter’s piercing stake. 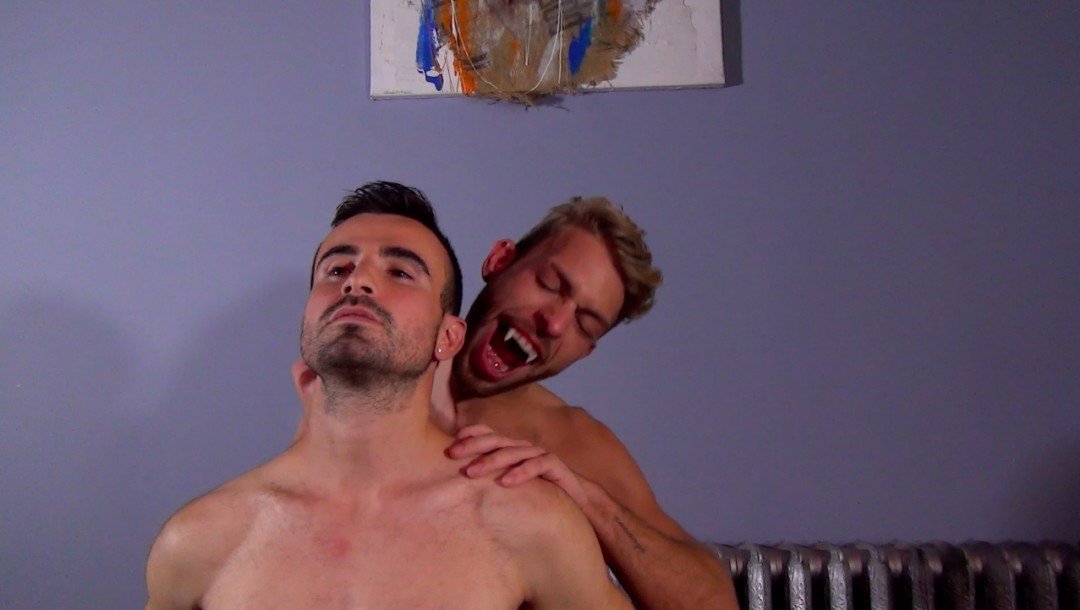