The last week has seen the premiere of three highly anticipated vampire tv series from Interview with the Vampire to Let the Right One in, setting up a stellar fall viewing season. We now have four novels turned tv series, three of which were previously adopted for the big screen.

Earlier in September Peacock began dropping episodes to the Vampire Academy series, a political drama from the producers of the Vampire Diaries, the Originals, and Legacies. While these vampires live in a sophisticated secret society, they so far don’t live the most exciting and full vampiric lives. We probably saw the most fangs on display in the premiere episode opening sequence. Viewing has declined since.

Last Sunday saw the first episode of the new AMC Interview with the Vampire series broadcast, while the second was made available the same day on the AMC+ streaming service. Some lucky viewers are already two episodes into what will turn out to be one of the best vampire series so far, and easily this year. The new version is entirely gay; this is a relationship between Lestat and Louis. And 100 years later, Louis is still hung up. 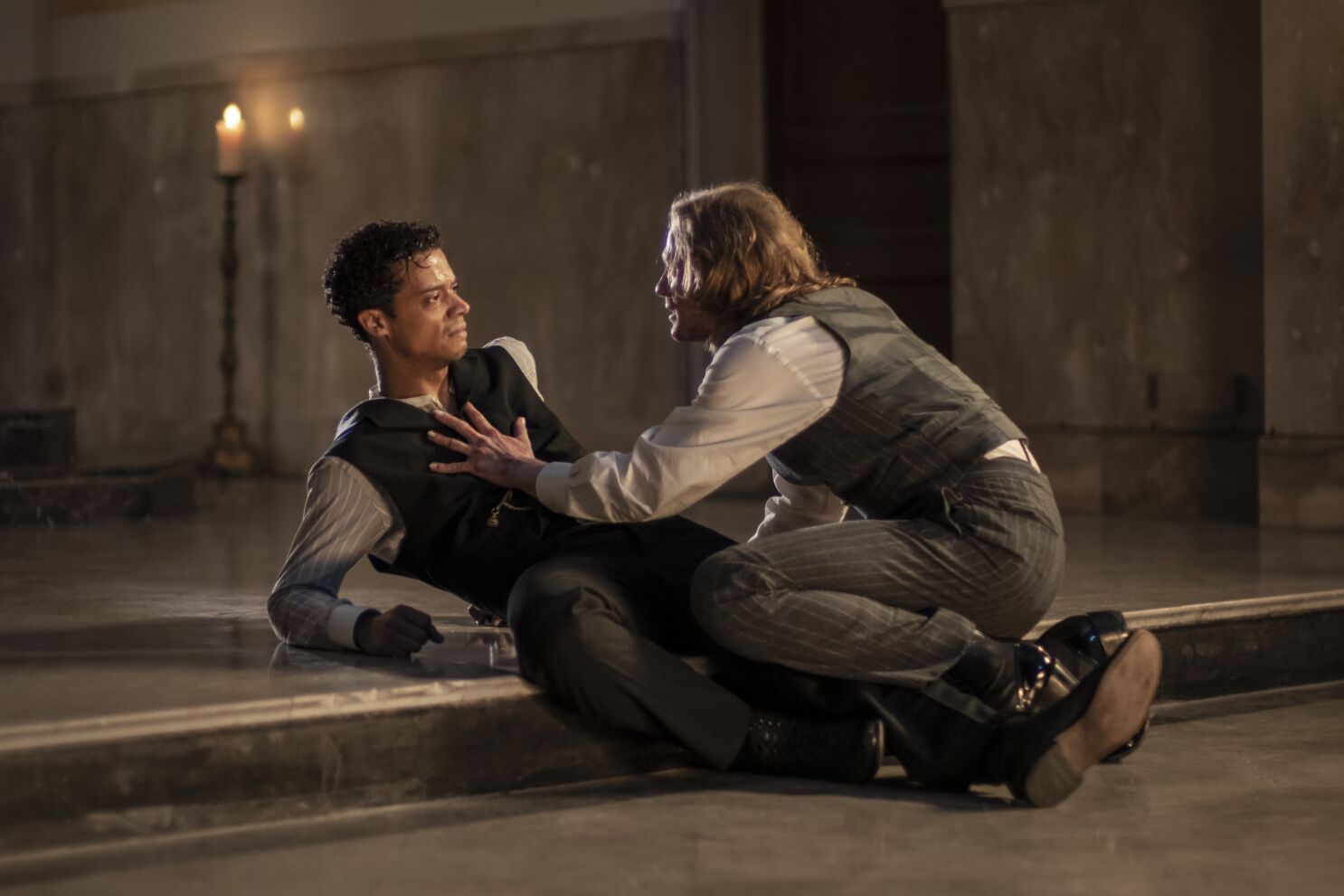 With Interview easily placing first in best new series, and Vampire Academy a shoe-in for fourth, what order does that leave the remaining two shows?

This week also saw Reginald the Vampire and Let the Right One in drop on SyFy and Showtime. For the next few weeks we’ll have three nights of vampire shows, four if you include Vampire Academy.

Reginald the Vampire is based on the Fat Vampire novel, and it takes a more comedic approach to being a vampire. Reginald has been turned, and he soon discovers most vampires are attractive and thin, unchanged since their turning. The show offers a good balance among the new series, a more lighthearted but still intelligent take on the genre.

Reginald will be a fun and enjoyable watch of the coming weeks, and while originally it was second on the list for most interesting new series, it may end up landing a close third place just behind the final series to drop this fall.

Borrowing from the original novel, Let the Right One in is another attempt to turn the unique Swedish take on vampires into an American drama. The show has kept some of the best elements and wisely expanded the plot to allow for a deeper and longer story. Eli (Eleanor) is still a young pre-teen vampire protected by her father who’s moved next door to a boy (Isaiah) close to her age who’s often bullied.

The timeline has been made contemporary, and so far the bullying is cyber rather than physical. Isaiah’s mother is a cop, a detective working the rising murders plaguing NYC just as Eleanor and her father move back. Briefly his father is in the picture, playing an intriguing role as a drug dealer peddling a new drug that causes vampiric effects. This drug and the humans exhibiting vampire traits has already become a distraction for Eleanor’s dad, a plot line that might lead to interesting twists. (It also hints to the storyline of another Swedish vampire film, Frost Bite).

Unlike the two films, Eleanor’s father is given more depth and purpose. He’s not just feeding his daughter’s need, he’s tracking the ‘monster’ who turned her in hopes of finding a cure. The pair lived in NYC when Eleanor was turned, escaping to protect her. But they return home to family friends that know her secret, and to a past life that offers clues to Eleanor’s condition.

The film barely touched on how Eli came to be a vampire, but we’re given an interesting theory in the first episode (though that might be a misdirect that’s flipped later). The show opens on an older teen boy standing barefoot in the snow and prompted by an older man to enjoy his first sunrise in years. We soon learn this boy, Peter, is a vampire, as he seemingly burns to death. This second deviation from the films expands the storyline and gives viewers (and the writers) more conflict to work with. 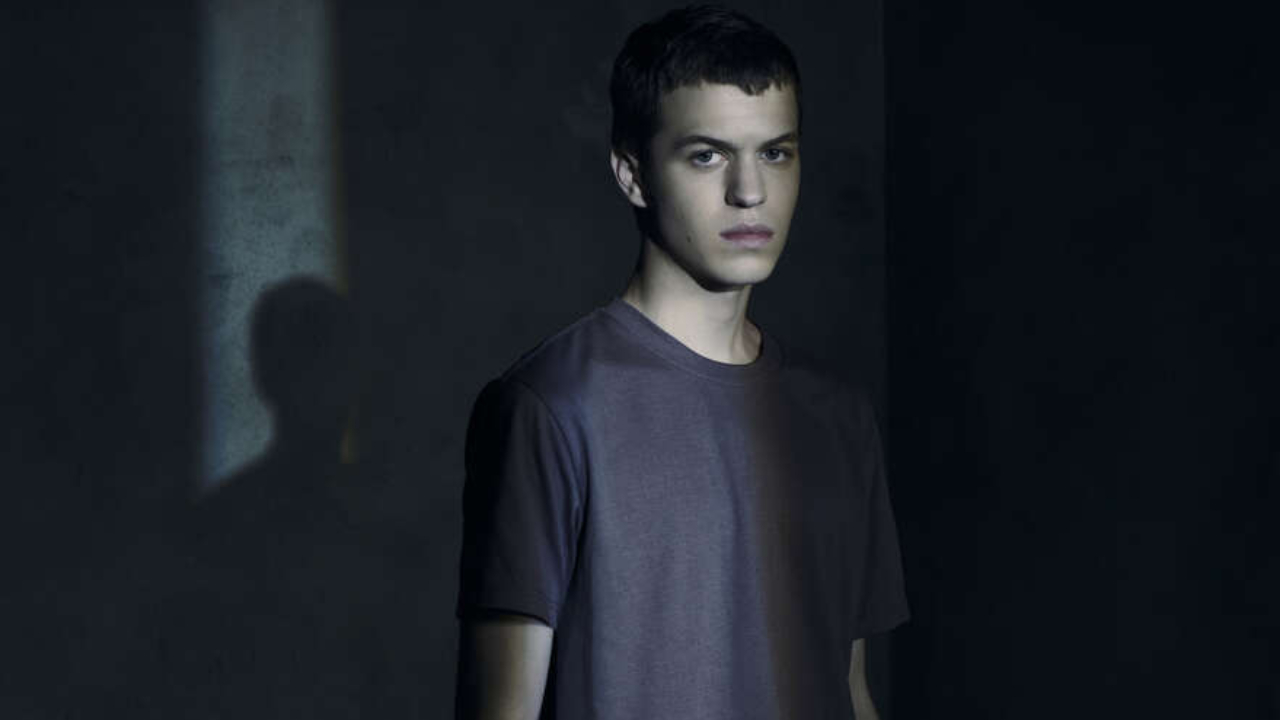 Thankfully, and spoiler warning, Peter survives and his father remains committed to creating a cure to reverse his vampirism. We’re also treated to a photograph linking Peter and Eleanor. Both have father’s searching for the vampire who turned their child, with the possibly fingers could easily be pointed soon enough. But who turned who? And more importantly, who turned the first one?

It will be interesting to see how the relationship with neighbour Isaiah unfolds in the series compared to the films. For one, it seems less likely Eleanor’s father Mark is written off. Isaiah’s mother will likely feature more prominently in the series, given her job and her investigation into the rising murders. We know there’s a connection between Peter and Eleanor, but we don’t yet know what involvement Peter has in the recent murders (or if it’s Peter’s father’s employee Matthew). This could mean more vampires come into the picture, or a related twist ahead.

We have an exciting fall ahead.