I know there haven’t been that many gay vampire films over the years but at least there are a few… some what decent movies. This does seem to be a niche Netflix is missing out on, but iTunes does have a good selection of gay vampire movies available to rent or buy. Plus there’s all those other mainstream vampire movies too. One bright spot, 1313: Boy Crazies is no longer available on iTunes… it was quite terrible and not worth watching. I am waiting for the just released British gay vampire film Drink Me to hit iTunes, until then it’s available from Amazon (review coming once I’ve seen it). While backpacking across the country, bickering gay couple Cary and Vogel decide to speed up their trek by hitchhiking instead. That’s when fate brings them Brewster, a sexually confused trucker who picks the pair up on his way to delivering a shipment of coffins. After a few strokes of bad luck, the mismatched trio ends up lost and broken down in an abandoned junkyard. Though surviving a night of petty fights and sexual tension seems tough enough, the nightmare is only just getting started as strange noises in the back of the truck reveal the presence of five bloodthirsty vampires. 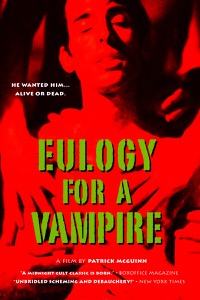 A handsome young drifter is found unconscious near a remote rural monastery inhabited by the mysterious Order of Pathicus. His strong sexuality unsettles the young monks. One by one, they unravel through their perverse obsession with the drifter, who seems to possess an inner knowledge about the monastery and its dark secrets. 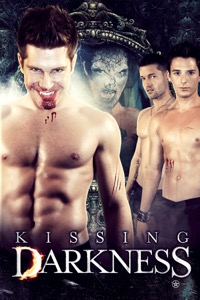 A group of college boys, bored with the every day â€œgay lifeâ€ of LA, decide to skip Pride weekend in exchange for a camping trip in the woods. Quickly overcome with boredom in their new surroundings, the boys venture into a game that ultimately unleashes the vengeful spirit of a local legend known as Malice Valeria. Overwhelmed by her deadly plan of tainted love and her thirst to take back what was lost long ago, the boys must now band together before they fall victim to the poisons of a broken heart. 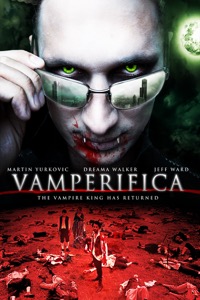 Vamperifica is the story of Carmen McCoy, a flamboyant, twenty-something, sometime student at a small community college, who wants nothing more than to hang out with his best friend Tracy, be in a musical production at school, and maybe, one day, be a star. Instead, he discovers that for him, destiny has something else in store he is the reincarnation of the 200 year old vampire king, Raven. Now, Carmen must choose between his friends and that destiny. Vamperifica is a mix of comedy and tenderness, drama and action, friendship and isolation, even a musical number! But it is also a story of the disenfranchised, and a dream of empowerment for all those who have felt as if they have been left behind. It is the story of all of us who have ever been told that we are somehow broken, and the triumph of the spirit when we stand tall and proclaim, “No We Are Not!”. 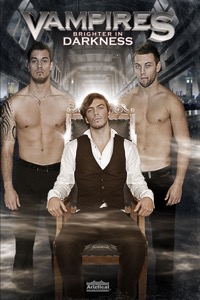 Vampires: Brighter in Darkness tells the sexy tale of Toby Brighter, a cute young Englishman, who after a disastrous relationship, is set up on a blind date by his sister Charlotte. Toby’s date, Lucas Delmore, is charming, charismatic, and physically flawless. He is everything Toby could have wished for except the fact that Lucas is a 1500 year old Vampire. Before long, Toby is plunged into the dark world of demons, black magic and the supernatural, where nobody is safe and nothing is what it seems… A UK horror with all the romance and terror of the Twilight series, but with a twist and plenty of sex appeal! 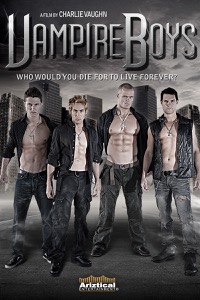 Jasin and his vampire brood are in search of â€œThe Oneâ€. In order for them all to survive, Jasin needs to find the special mortal whom he can turn into a vampire and spend eternity with. The brood has their eyes set on Tara, a young, gorgeous and seductive blonde college student who is open to the idea of becoming a vampire, BUT, someone else enters the picture and disrupts the brood’s plans. Caleb, a fresh faced college student, new to Los Angeles, keeps having dreams of a mysterious stranger. At school, Caleb meets the stranger, Jasin, and the two share an instant connection. Against tradition, and despite the impending deadline and protests from both the brood and Caleb’s roommate, Jasin fights the battle to choose his own eternal â€œoneâ€. 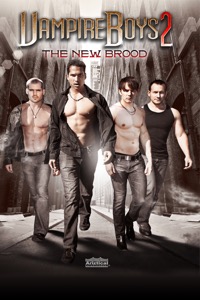 Jasin and Caleb’s eternal bliss is put to the test when Jasin’s century old rival Demetrius returns to get his revenge. Demetrius plots to destroy Jasin by creating an army of vampires by recruiting unwilling victims from the local boxing gym for his new brood. In his quest for domination, he recruits Jasin’s ex, Tara, who is still quietly grieving from Jasin’s rejection. Power and passion collide when the two broods finally clash. Who will remain and who will be destroyed for eternity?